Once relegated to the status of an esoteric afterthought in fintech, blockchain has come a long way from being a mere technical footnote on Bitcoin. The technology has already proven its ability to disintermediate just about any industry, with a diverse array of applications ranging from supply-chain management to deed-registry making headlines with increasing regularity. There’s no denying that cryptocurrency remains the technology’s most popular accomplishment, but there are compelling reasons to believe that blockchain will make its largest impact beyond the realm of finance.

So before we go into the details of blockchain's impact on education, you might be asking yourself, "What is blockchain, anyhow?" Blockchain is a means of securing the transfer of digital information through networking protocols which verify transactions using a three (or more)-party system. To simplify: One party agrees to send some data, another agrees to accept it, the third (or a group) approves the validity of the transaction, much like a notary for a traditional contract.

Though often overlooked as an area of interest for blockchain, the field of education presents a large opportunity for the technology’s disruptive application. As Donald Clark of OEB Insights notes, “blockchain is relevant in all sorts of contexts: schools, colleges, universities, MOOCs, CPD, corporates, apprenticeships, and knowledge bases.” In each of these contexts, recent trends towards democratization and international education—coupled with demands for greater benefits to employability— have signaled a desperate need for decentralized solutions. By providing secure and transparent global databases, blockchain is ideally suited to provide precisely that.

But what exactly can blockchain do for the education space?

For universities, assessment providers, and even professional development organizations, effective certificate issuance has become an undeniable industry pain point. The problem is simple—with unprecedented numbers of students and jobseekers pursuing opportunities outside of their home countries, the ability to provide internationally recognized are verifiable certificates is becoming increasingly necessary. Unfortunately, educational institutions and certificate issuers have been hampered in their efforts by rigid jurisdictional boundaries, a lack of institutional coordination, and—worst of all— a meteoric rise in the number of international diploma mills.

There are an estimated 3,000 unaccredited universities currently issuing bunk degrees worldwide. These diploma mills now issue more than 50,000 fraudulent Ph.D.s each year—more Ph.D.s than are legitimately earned in the same period.

Recent headlines reveal the extent of the problem. In April of 2017 the president of Tanzania was forced to fire 10,000 government employees for holding fake degrees and professional certifications. Meanwhile, as diploma mills flood the international job market with fake degrees, credential fraud has become a nearly ubiquitous issue for employers as well. In 2017, no less than 85% of employers reported discovering a lie or misrepresentation on a job application.

Universities are acutely aware of the threat posed by diploma mills and credential fraud in the hiring process. Looking to safeguard graduate mobility and protect their own institutional reputations, universities continue to explore ways to improve to their certificate issuance and verification processes. Stymied by a lack of resources and poor coordination, these efforts rarely extend beyond the level of single schools and generally fail to make any impact on the underlying problem.

This is where blockchain comes into the picture. 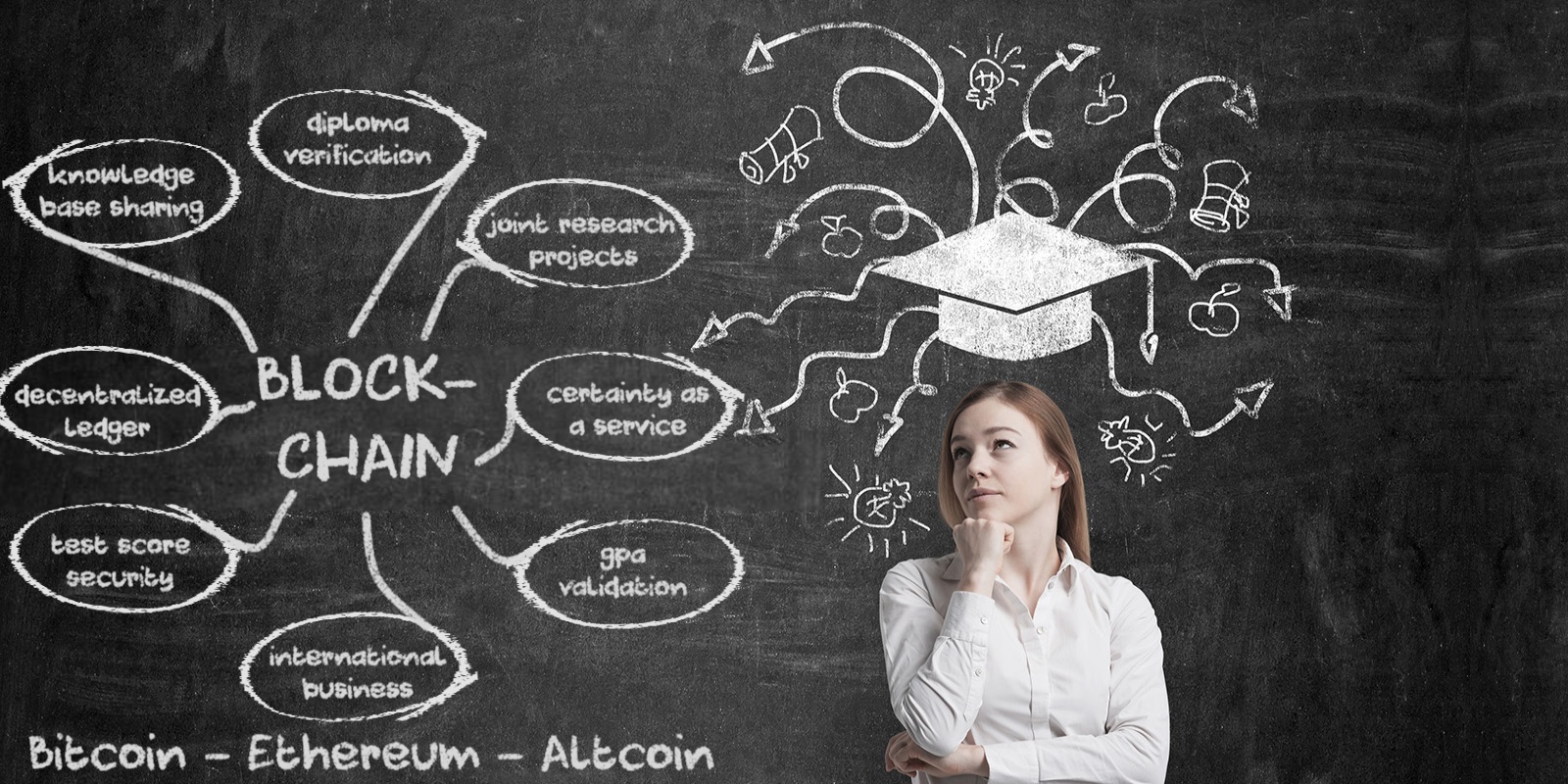 Blockchain is an incredibly versatile architecture, so it's no surprise that developers are finding a multitude of uses within the world of education. There are plenty of different approaches to tackling diploma mills and providing internationally recognized certificates, but it is also likely that the future could include University-to-University research projects, sharing data through blockchain security and scrutiny. Perhaps, schools will move to a new level of data-protection to avoid hacks or fraud within their test scores or grading systems.

With that said, there are a handful of promising blockchain startups that have already begun tinkering with global credential verification and identity management services in the education space. While their precise features vary, to some degree they all leverage the immutable distributed ledger at the blockchain’s core to establish secure and trusted databases that are un-impinged by borders.

Aversafe
(Josh London is personally invested in Aversafe and is the company's CMO)
Aversafe combats credential fraud by providing a decentralized global network for streamlined and cost-effective credential verification. The Aversafe network functions like a kind of professional network on the blockchain. Instead of swapping likes or shares, Aversafe users — be they students, jobseekers, employers, or educational institutions — can exchange and verify one another’s educational and professional credentials. The platform uses these verifications to generate trust scores for each user, allowing anyone in the network to gauge the trustworthiness of anyone else’s claims. By positioning itself at the intersection of every major player in the hiring process, Aversafe stands poised to improve graduate mobility, cut HR costs, and combat diploma mills all at once. While the concept is simple enough, Aversafe may help HR departments, educational institutions and everyday individuals save millions of dollars a year in costly background checks, tarnished reputations, and lost opportunities—an ideal representation of what blockchain can bring the education space.

Bitproof
The brainchild of Louison Dumont, a brilliant 17-year-old upstart entrepreneur, and the prominent venture capitalist Tim Draper, Bitproof enables individuals and organizations to establish verified legal documents and digital seals. Bitproof’s initial focus was set specifically on providing verifiable digital diplomas for universities. Recognizing the risk—and market opportunity—presented by the rising number of international diploma mills, Bitproof was established in 2015 as a means of confirming the authenticity of degrees issued anywhere in the world, effectively redressing the lack of inter-organizational coordination that allows credential fraud to flourish. The key to Bitproof’s platform is a tool called SealX, which uses “bank-grade” cryptographic keys to verify and record individual documents on the Bitcoin blockchain. Organizations and individuals alike can confirm the authenticity of signed certificates by consulting the Bitcoin blockchain from anywhere in the world—another demonstration of the global benefits blockchain can bring to education providers.

uPort
Built on the Ethereum blockchain, uPort presents a mobile identity management service that lets users construct a self-sovereign digital identity that can collect verifications, sign Ethereum transactions, and securely log in to applications. While the uPort platform was engineered to serve as more of a secure digital passport than a credential verification service, it nevertheless provides an opportunity to record and verify educational and professional certificates. By building on Ethereum, uPort is able to provide its users with a suite of streamlined and interoperable services while ensuring that users’ verified credentials are recognizable and trusted across the entire Ethereum ecosystem. The uPort platform is yet another solid demonstration of the global accessibility and institutional interoperability that blockchain can provide for certificate issuers.

Aversafe, Bitproof and uPort are just few of the blockchain companies pioneering solutions to credential fraud in the education space. There are dozens of other startups equally worthy of mention for providing innovative verification platforms—Civic, TrueRec, and BlockPass in particular are worth investigating elsewhere. While it remains to be seen which, if any, of the blockchain companies here discussed will prove most effective at combatting credential fraud and bailing out the beleaguered education space, it seems vouchsafed that blockchain itself will become a staple for educational institutions and certificate issuers in the years to come.